From Maternity Ward Back to Home

During a course in service design we were given an assignment by Region Skåne. The task we were given was to investigate aspects surrounding the last period of the pregnancy to the return home after delivery. During this time, mothers have to meet many different healthcare professionals and for many of the mothers going to the hospital for delivery is their first encounter with the in-patient care. The aim of this project was to find a solution to make the transition from the Maternal Health Center (MVC), to the delivery room and maternity ward (BB), and then back home and being in contact with the Baby Health Center (BVC) to feel more unified and safe for parents.

In the project we did desktop research, reading up on reports, looking at existing digital solutions. We then interviewed first and second time mothers as well as helathcare providers: two midwives from a maternity ward and one midwife from a private BVC-facility. We also held a co-design workshop with a group of mothers. In the middle of the project we reported back to the project owner, Region Skåne, at a meeting where among others heads of the different antenatal care wards took part.

Seedling
From our research we created the prototype Seedling, a CRM-tool that unifies, informs and documents throughout this journey. Seedling can be used by both parents and healthcare providers.

Some of our insights

A summary of emotional charts filled in by mothers participating in our project going through pregnancy and child birth.

We found that the majority of the mothers had experienced postpartum complications which brought our attention to how the system handled non-ideal situations.

Most of the desktop research came from the report Trygg Hela Vägen. Howeve, we also looked at existing systems that mothers used to help them during their time within the pregnancy care system. 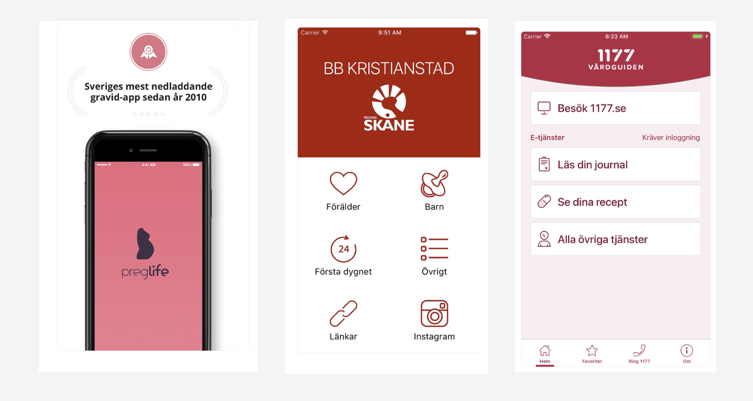 The most prominent tools used by the mothers participating were are the apps Preglife, BB Kristianstad and 1177 Vårdguiden. 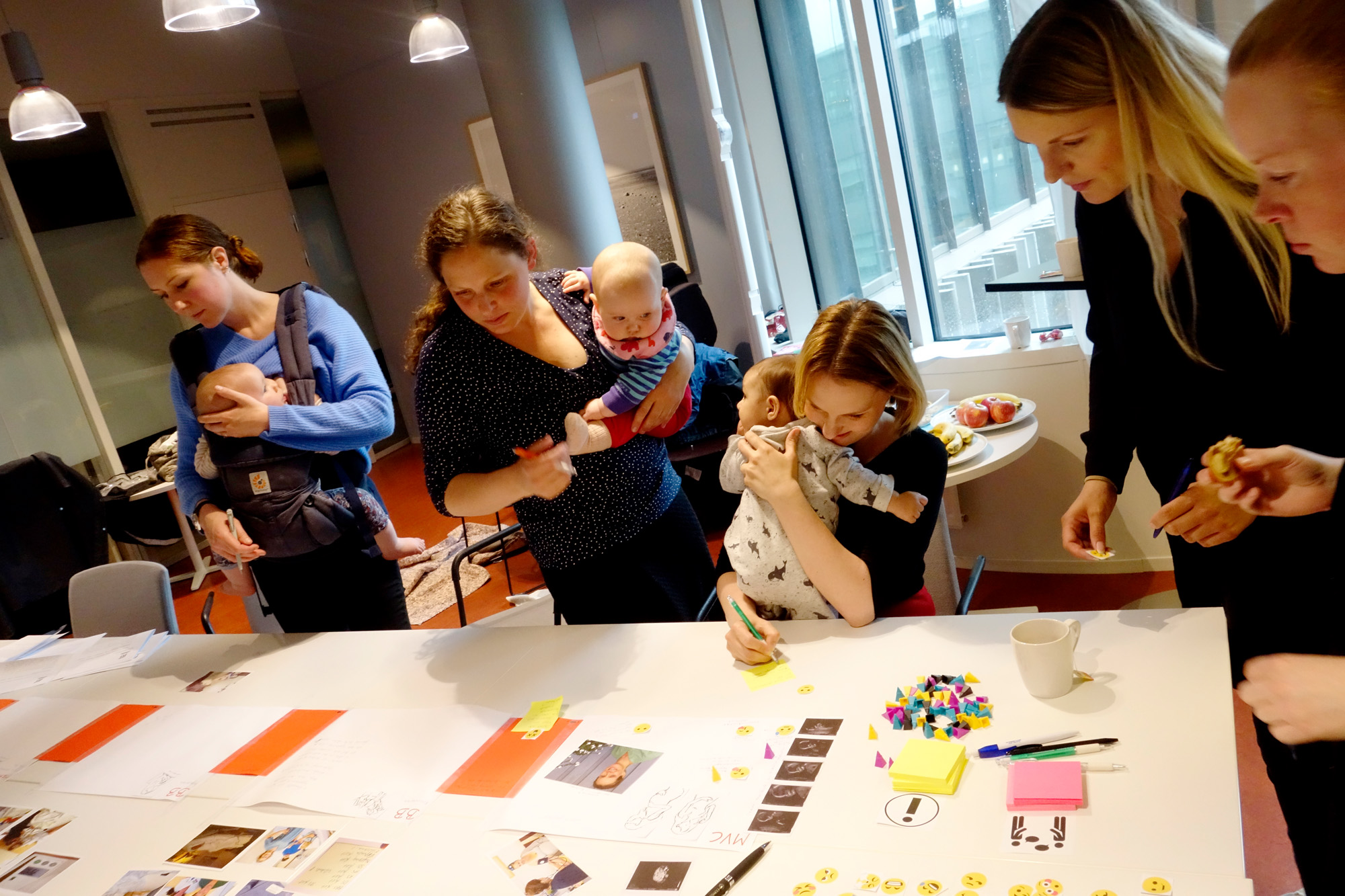 After the interview results were collected and analyzed, we organized a co-design workshop with a group of mothers. Five mothers and their babies took part in the session which consisted of three activities. 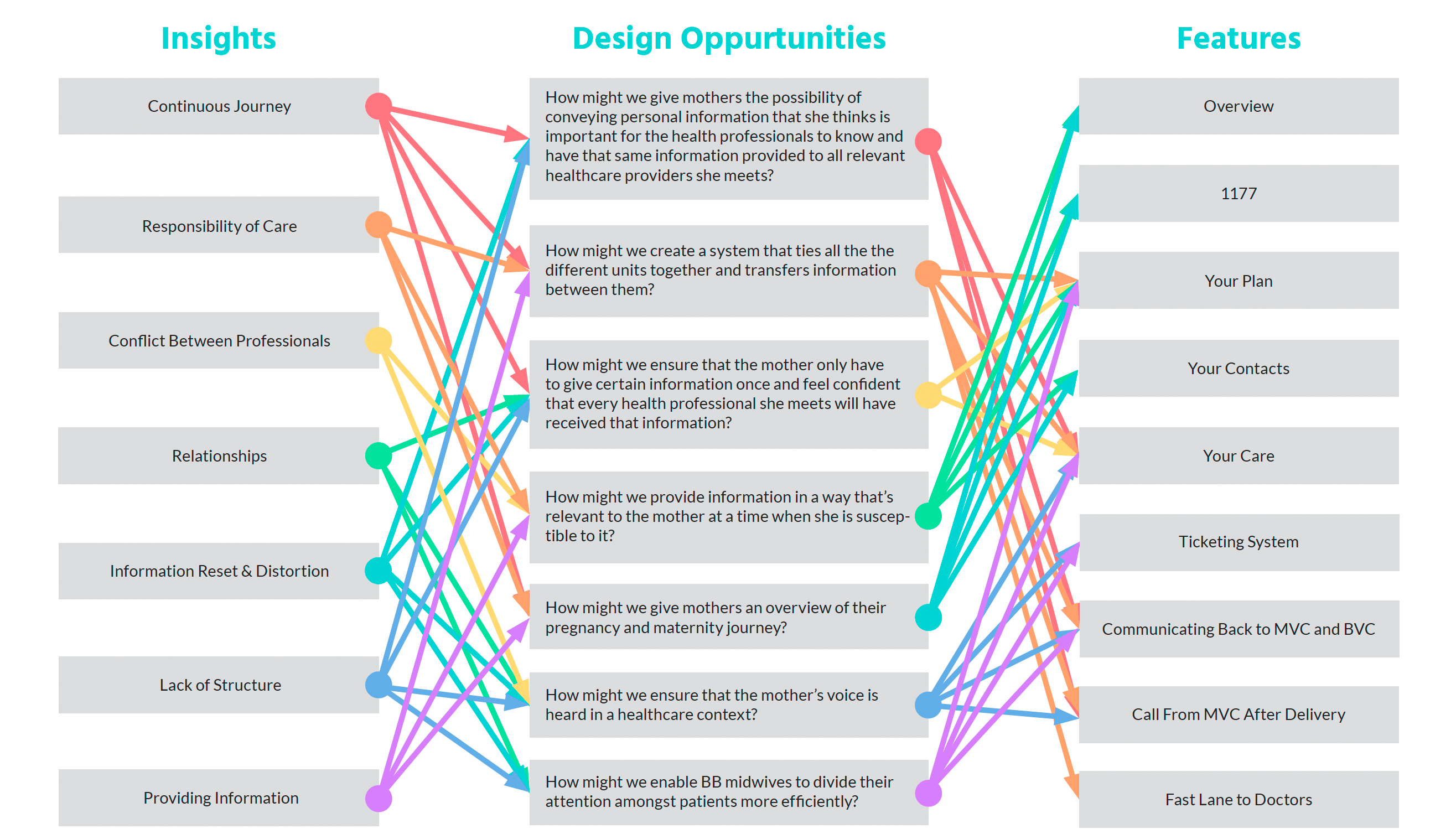 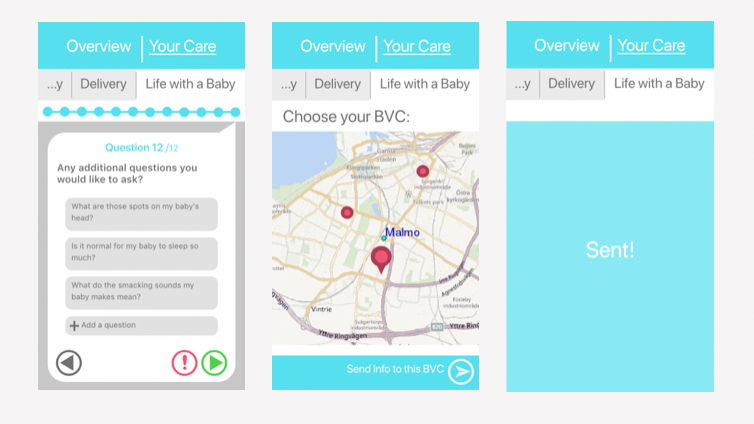 The service blueprint of how the Seedling system would work within the pregnancy care system.